1988: On March 12, more than 1,200 people are arrested near the Nevada Test Site as part of a demonstration against nuclear testing. In December, the DOE Office of Civilian Radioactive Waste Management publishes its Site Characterization Plan, and announces that Bechtel Systems will be awarded the contract for the management of the Yucca Mountain project. In 1991, ethics concerns oust Bechtel and establish TRW Safety Systems, Inc. as the new management and operating contractor for the project.

1989: The U.S. Department of Energy concludes that the technical and institutional complexities of site characterization make it unlikely that a repository would be available before 2010. Meanwhile, the State of Nevada passes a series of resolutions in an effort to block the Yucca Mountain Project.

1992: In June, a 5.6 earthquake at Little Skull Mountain near the potential waste site damages a DOE field office. In September, Congress imposes a moratorium on nuclear weapons testing. The following month, the Energy Policy Act of 1992 is passed, directing for the national Academy of Sciences to make recommendations to the EPA on the scientific basis for the health and safety standards for Yucca Mountain.

1994: The Consolidated Group of Tribes and Organizations is formed by a variety of Native groups as a way to defend their resources and lands from Nevada Test Site and Yucca Mountain repository activities. Also in 1994, the DOE is sued by several utilities companies and state and public utility commissioners, which is filed in anticipation of the DOE’s failure to receive nuclear waste by the 1998 deadline.

1995: A paper published by Los Alamos National Laboratory describes water flow through Yucca Mountain at potentially a much faster rate than previously thought. This report begins the shift of focus from a dry repository to a potentially porous one, initiating the search for new waste package and drip shield designs to prevent water corrosion. In August, Technical Bases for Yucca Mountain Standards is published by the National Academy of Science, recommending a risk-based standard over a dose-based standard for radiation exposure. Also in 1995, House Bill 1020 is announced, which would authorize interim storage for nuclear waste at the Nevada Test Site. The bill never passes, due to conflicts with the Nuclear Waste Policy Act. 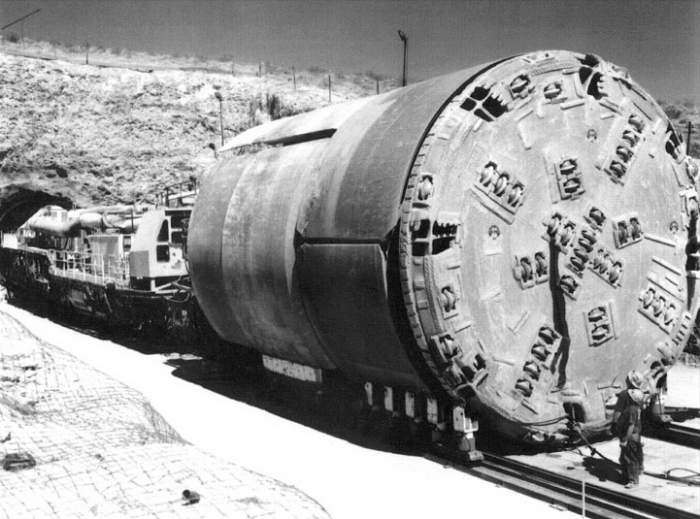 1998: The DOE completes a viability assessment of Yucca Mountain, concluding that it remains a promising site for a high-level nuclear waste repository.