1895: Wilhelm Röntgen discovers X-rays at the University of Würzburg in Germany.

1896: Henri Becquerel, Professor of Applied Physics in the Department of Natural History at the Paris Museum, discovers natural radioactivity through the study of uranium salts. Also in 1896, Nikola Tesla publishes articles regarding X-rays and their biological hazards in the journal Electrical Review, New York.

1903: Marie and Pierre Curie are awarded half the Nobel Prize in Physics for their work with radiation, an honor which is shared with Henri Becquerel.

1918: The Army Appropriations Act is passed, which allows the U.S. Federal Government to claim unappropriated public domain land for the use of aviation and military testing.

1919: Ernest Rutherford discovers the proton at Cambridge University. His work with student James Chadwick eventually leads to the discovery of the neutron, which earns Chadwick the Nobel Prize in 1935.

1934: Physicist Enrico Fermi at the Sapienza University of Rome announces his discovery of neutron-induced radioactivity.

1938: Using Einstein’s formula E=mc2, Otto Hahn and Fritz Strassmann hypothesize that their tests bombarding uranium with neutrons result in a loss of mass, thereby releasing kinetic energy and heat. Lise Meitner and Otto Frisch determine that this process is previously undiscovered, and coin the term "fission." 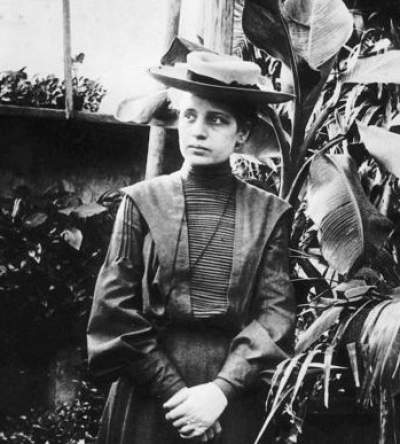