1975: The Nevada Assembly passes Assembly Joint Resolution 15, asking the federal government to consider Nevada for the development of a nuclear waste repository.

1976: The Energy Resources Council presents the first comprehensive plan for radioactive waste management, involving six federal agencies. It calls for a national repository for high-level radioactive wastes by 1985. The state of California places a moratorium on all new nuclear power reactors until a national solution to radioactive waste is found; meanwhile, Governor William G. Milliken of Michigan vetoes a bill to build a nuclear waste site in his state.

1977: The Department of Energy Organization Act is passed, merging the responsibilities of several other agencies including the ERDA, the Federal Energy Administration, and the Federal Power Commission, into the U.S. Department of Energy (DOE). In a speech given in April 1977, Jimmy Carter announces that all U.S. reprocessing of nuclear fuel will be discontinued, due to fears of nuclear weapons proliferation from reprocessing byproducts.

1978: The American Indian Religious Freedom Act is passed by the U.S. Congress, recognizing the rights of Native Peoples to use traditional resources and engage in traditional practices, as well as granting them the right to participate in evaluating any impacts on Native lands from U.S. Government or private entities. Also in 1978, President Carter establishes the Interagency Review Group on Nuclear Waste Management, and signs the Nuclear Non-Proliferation Act into law.

1979: In March of 1979, a reactor at Three Mile Island in Pennsylvania partially melts down, creating a national panic over nuclear power. Later that year, President Carter announces that his MX missile plan will include a road-mobile system of transporters and launchers slated for potential deployment in Nevada. 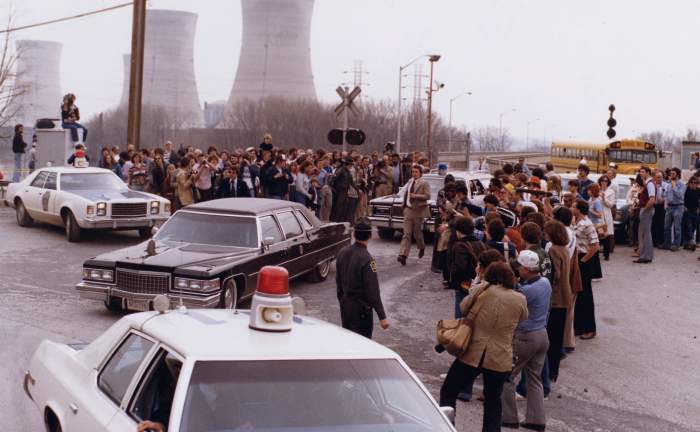